The Mailer Review/Volume 1, 2007/Mailer Takes on America: Images from the Ransom Center Archive

In May 2005, the Harry Ransom Center, University of Texas at Austin, announced the acquisition of the entire Norman Mailer archive. In response to the question “Why Texas?” Mailer commented,

Since then, a team of four archivists has been hard at work organizing and cataloging the 900 (give or take a few) document boxes worth of material chronicling every phase of Mailer’s life and career from the 1930s on. The archive will open for use at the beginning of 2008. 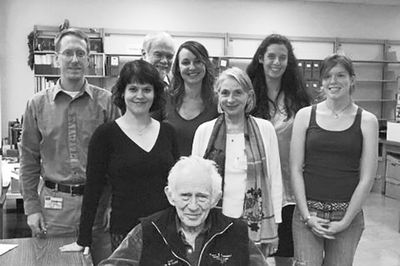 Because of widespread public interest in the acquisition, Thomas F. Staley, the Center’s Director, asked that the authors of this article mount an exhibition based on the archive in the fall of 2006. We therefore had the challenge of encountering the Mailer papers in their “raw” unprocessed state, in the original folders and cartons. For those of us who savor the experience of handling original documents largely untouched since their creation, it was also a privilege. The exhibition could not have come together without the considerable assistance of J. Michael Lennon, Mailer’s unofficial archivist, who knows these papers better than anyone.

“Norman Mailer Takes on America” placed Mailer and his works in a political and cultural context and traced the central role he has played in our awareness and understanding of what critic Morris Dickstein has called the “shocks of history, politics and contemporary life” that shaped the latter half of the twentieth century and continue to unsettle the twenty-first. The exhibition was the public’s first opportunity to sample the Mailer archive and more than 200 items spanning the full range of Mailer’s career, examined in the context of the cultural and historical events that sparked his imagination. With this pictorial essay excerpted from the full exhibition, the curators hope to convey a small sense of its scope for those who were unable to view it in Austin.[a]