From Project Mailer
< The White Negro 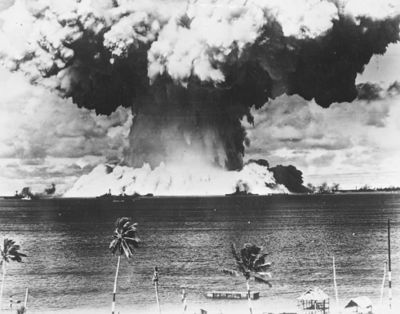 Probably, we will never be able to determine the psychic havoc[1] of the concentration camps and the atom bomb upon the unconscious mind of almost everyone alive in these years.[2] For the first time in civilized history, perhaps for the first time in all of history, we have been forced to live with the suppressed knowledge that the smallest facets of our personality or the most minor projection of our ideas, or indeed the absence of ideas and the absence of personality could mean equally well that we might still be doomed to die as a cipher in some vast statistical operation in which our teeth would he counted, and our hair would be saved, but our death itself would be unknown, unhonored, and unremarked, a death which could not follow with dignity as a possible consequence to serious actions we had chosen, but rather a death by deus ex machina in a gas chamber or a radioactive city;[3] and so if in the midst of civilization — that civilization founded upon the Faustian[4] urge to dominate nature[5] by mastering time, mastering the links of social cause and effect — in the middle of an economic civilization founded upon the confidence that time could indeed he subjected to our will, our psyche was subjected itself to the intolerable anxiety that death being causeless, life was causeless as well, and time deprived of cause and effect had come to a stop.[6]

The Second World War presented a mirror to the human condition which blinded anyone who looked into it. For if tens of millions were killed in concentration camps out of the inexorable agonies and contractions of super-states founded upon the always insoluble contradictions of injustice, one was then obliged also to see that no matter how crippled and perverted an image of man was the society he had created,[7] it wits nonetheless his creation, his collective creation (at least his collective creation from the past) and if society was so murderous, then who could ignore the most hideous of questions about his own nature?[8]

Worse. One could hardly maintain the courage to be individual, to speak with one’s own voice, for the years in which one could complacently accept oneself as part of an elite by being a radical were forever gone. A man knew that when he dissented, he gave a note upon his life which could be called in any year of overt crisis. No wonder then that these have been the years of conformity and depression. A stench of fear has come out of every pore of American life, and we suffer from a collective failure of nerve. The only courage, with rare exceptions, that we have been witness to, has been the isolated courage of isolated people.[9]