From Project Mailer
< The Mailer Review‎ | Volume 8, 2014
Jump to navigation Jump to search

This year continues the surge in Mailer Studies that gained momentum in 2013 with the publication of the authorized Mailer biography by J. Michael Lennon, Norman Mailer: A Double Life (Simon & Schuster). The Random House volume of selected essays by Mailer, Mind of An Outlaw, was also published in the Fall of 2013. In early 2014 Donald L. Kaufmann published his detailed examination of Mailer’s Legacy, Norman Mailer: Legacy and Literary Americana (Scholar’s Press). In December of this year, J. Michael Lennon’s long awaited edited collection of the Mailer Letters will be published, Selected Letters of Norman Mailer (Random House). And there are other substantial works in progress over the next two years, including two books by Maggie McKinley.

The current issue of the Review continues to emphasize nuances and dimensions of the Mailer legacy, particularly exploring its influence in parts of the world that are sometimes not considered central to the study of American authors. The 2013 issue featured Hujn Ren’s detailed survey of the landscape of Mailer scholarship in China after 1980 and Victor Peppard cogently analyzed the complex reception of Mailer in Russia. This issue we feature Jasna Potočnik Topler’s crisp and penetrating articulation of Mailer’s presence in Slovenia. Raj Chandarlapaty recounts his experiences teaching Mailer at a university in Afghanistan. It is encouraging that Mailer’s presence and influence clearly seems to be expanding into new areas. The times continue to sparkle with promise for the Mailer legacy.

This year’s offerings, as always, have been selected with an eye toward eclecticism in bringing to you a diverse tapestry of writing. Once again, we are honored to open our pages with an unpublished story by Mailer, “La Petite Bourgeoise,” which was composed circa 1951. We are pleased to include an excerpt from J. Michael Lennon’s last interview with Mailer, which took place in November of 2007. Mark Olshaker shares with us his probing interview with Jules Feiffer, who worked closely with Mailer on the Village Voice in the 1960s. We are pleased to publish important personal glimpses into Mailer’s life by including observations from close relatives that were presented at the 2013 conference, particularly Susan Mailer’s keynote address to the conference and the roundtable panel devoted to the Mailer Family.

For readers interested in detailed examinations of Mailer’s works, we offer essays that probe deeply into Barbary Shore (Andrew Gordon), Harlot’s Ghost and Ancient Evenings (Alexander Hicks), The Prisoner of Sex (Lawrence R. Broer), and The Executioner’s Song (Raymond M. Vince). Jerome Loving and J. Michael Lennon comparatively examine the receptions and controversies of An American Tragedy and The Executioner’s Song. The topic of boxing long interested Mailer and this issue includes two analyses of Mailer and the sweet science: Ronald K. Fried, Barry H. Leeds, and Bill Lowenburg discuss the many nuances of Mailer’s interest in boxing and Jeanne Thomas Fuchs analyzes the range of similarities between Muhammad Ali and Mailer.

We are most grateful to our benefactors, who continue to play a major role in sustaining the work of The Mailer Review. And we very much appreciate the unwavering support that we receive from The Norman Mailer Society and, of course, our readers. It is because of you that we are now in our ninth year of existence. We plan to continue to march on and do as much as we can to nourish and promote the work and life of Norman Mailer. 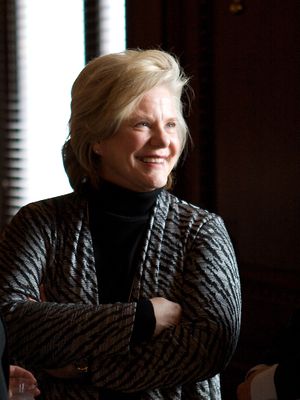 It is with great sadness that I note the passing of Deborah Martinson. Deb, as she liked to be called, was a Mailer scholar, Board Member of The Norman Mailer Society, Mailer conference organizer (multiple times), and a dear friend to so many members of the Mailer Society. Deb left us on April 26, 2014, her life cut short by cancer. Deb was a noble warrior in so many areas of her life, and she fought this battle, like all her battles, with courage and tenacity. I was very fortunate to have known Deb personally and from the first time that I met her I was immediately made aware that she was someone to be reckoned with — and she was a staunch friend to those whom she respected. Deb was a well known feminist scholar, having authored a biography of Lillian Hellman, in addition to numerous other scholarly works, and her wide-reaching research was deeply enriched by her feminist approach, which was exceptionally rigorous, objective, and superbly analytical. And she was poignantly articulate, as her readers commonly observed. As Mike Lennon has remarked, “Deb brought energy and wit to our conferences, as well as the savvy of a master biographer. An ardent feminist, she was also a great humanist and saw through the facile notions of Mailer that some early feminists had of him. She certainly helped me get the right perspective for my Mailer biography.” These words go to the essence of Deb’s character.

Deb, we miss you now and for a long, long time to come.