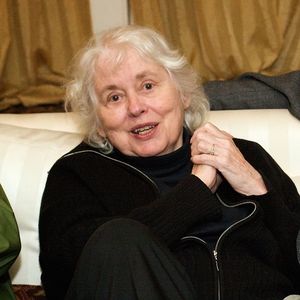 I’m very sorry to say that Pat, my wife of 55 years, died yesterday of complications from cancer and Alzheimer’s. As many of you know, her breast cancer from 2009 came back in her head between the brain and the skull in 2011, and she was also diagnosed with Alzheimer’s that year.

Pat was born in Virginia Beach June 26, 1937. Attended Northwestern High School in Hyattsville, MD, where she shared the editing of the school newspaper, yearbooks and was a class officer and member of the Quill and Scroll Honor Society. She attended Maryland University but left after a year to work for the President of a major insurance company in DC.

We were married in 1959 and had Beth, Sue and Allen, Jr.in four years, as good Catholics did then. Dyanne was born in 1968. She raised the children during the 60’s and 70’s, but also was active in our church and the League of Women Voters. Coached girls CYO basketball (finals one year) and also coached for Olney Boys and Girls Club for many years. In 1976, we co-founded the Quill & Brush, a book-and-art store, which she ran first in Olney and then in Bethesda until 1987, when the business moved to our home.

A talented artist, she studied art at Maryland School of Art and the Corcoran, and illustrated the covers for many early Quill & Brush catalogs. Co-author with Allen of seven books on book collecting and rare book values; edited and published several small-press literary editions and hundreds of Quill & Brush collectible-book catalogs.

She is survived by our 4 children, 13 grandchildren and 2 great-grandchildren. Services will be at St. Mary’s Church on Barnesville Road in Barnesville, MD at 11 am Saturday May 31st. In lieu of flowers we ask that a donation be made to your local non-profit Hospice or the Alzheimer’s Association.

All my best wishes. Allen