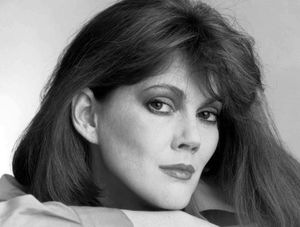 Norris Church Mailer (née Barbara Jean Davis, January 31, 1949, in Atkins, Arkansas) was an American artist, actress, model, and author of several books. Her publications include the memoir, A Ticket to the Circus, and the novels Cheap Diamonds and Windchill Summer. She is the mother of Matthew, her son with her first husband, and John Buffalo.[1]

After graduating from Arkansas Polytechnic College, Norris became an art teacher and, later, a successful model for Wilhelmina modeling agency.[2] She held several successful one-woman art exhibits and appeared in Ragtime (1981), The Executioner's Song (1982), and the television drama, All My Children.[3] Norris was a member of the Actors Studio.[1]

Norris's near 33-year marriage to her second husband, Norman Mailer,[4] is frequently the focus of reviews about her life. Norris described Mailer as “the Henry Higgins to my Eliza Doolittle,”[5] often seeking his advice on novel drafts and defending him against critics.[2] A Ticket to the Circus chronicles her life.[6]

In 2004, Wilkes University established the Norris Mailer Church Fellowship in Creative Writing in her honor. Norris died in 2010 of complications from gastrointestinal cancer.[7]