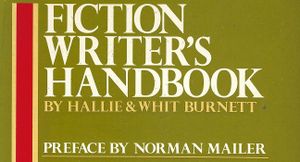 I don’t know if it still is true, but in the years I went to Harvard (so long ago as 1939 to 1943) they used to give a good writing course. In fact, it was not one good course, but six. English A was compulsory for any Freshman who did not get a very good mark on the English College Entrance Boards, and five electives followed, English A-1, English A-2, up to English A-5, a vertiginous meeting place for a few select talents whose guide was no less than Professor Robert Hillyer, the Pulitzer Prize poet. By Senior year, I was taking English A-5, in fact I must have been one of the few students in Harvard history who took all but one of the writing courses (A-4 I missed) and must even be one of the few living testimonials to the efficacy of half a dozen classes in composition and the art of the short story. I entered college as a raw if somewhat generous-hearted adolescent from Brooklyn who did not know the first thing about a good English sentence (that is, its God-given ability to show tensile strength — don’t take out a word!) and left four years later as a half-affected and much imperfect Harvard man who had nonetheless had the great good fortune to find the passion of his life before he was twenty. I wanted to be a writer. And had the good luck to conceive this passion in freshman year in a compulsory course in elementary composition. That much will be granted to the forces of oppression.

English A at Harvard in 1939 put its emphasis on teaching a student to write tolerably well — an ability we could certainly use over the next three years. The first structure of the course was a wise one: writing is an extension of speech we were told. So we were instructed to try to write with something of the ease with which we might speak, and that is a good rule for beginners. In time it can be absorbed, taken for granted, and finally disobeyed. The best writing comes obviously out of a precision we do not and dare not employ when we speak, yet such writing still has the ring of speech. It is a style in short that can take you a life to achieve.

At Harvard, however, they knew how to get us to begin, and there were fine men teaching English A: among others Theodore Morrison, Mark and Albert Guerard, if my memory does not trick me, and men like Robert Gorham Davis and Murray Kempton were there to take us up the ladder of the electives from A-1 to A-5. Over four years of such courses one would have had to have a determined purchase on lack of talent not to improve. I improved. In those four years, I learned a little about sentence construction and more about narrative pace; en route I was able to pick up some of the literary ego a young writer needs to keep going through the contradictory reactions of others to his work. If there is one reason above others for taking a writing course, it is to go through the agonizing but indispensable recognition that one’s own short story, so clear, so beautiful, so powerful, and so true, so definite in its meaning or so well balanced in its ambiguity, has become a hundred different things for other writers in your class. Even the teacher does not get your buried symbols, or worse, does not like them. Being a young writer in a writing course can bruise the psyche as much as being a novice in the Golden Gloves can hurt your head. There is punishment in recognizing how much more punishment will yet have to be taken. Yet the writing course has its unique and ineradicable value. For you get to see the faces of those who like and do not quite like your work, you hear their voices, and so you can gain some comprehension of the perversities of an audience’s taste (as when, for example, they like a story by a writer that you despise). You can even come to recognize how a fine piece of prose can draw the attention of an audience together. If it happens to you, if you write a piece and everyone in the room listens as if there is nourishment for one ear — their own — then it will not matter afterward if you hear a dozen separate reactions, for you will have at last the certainty that you are a writer. Your work has effect — in some small way you have begun to enter the life and intelligence of others. Then you are not likely to stay away from writing; indeed, if you get even a glimpse of such a reaction from one of your paragraphs, you will discover that you must have more such paragraphs. You will want more of the ineffable pleasure of such attention.

This much said for the value of a writing course — that you learn a little of the impact of your work on strangers — it may seem curious why I proceed then to offer a preface for a book which could appear to claim the opposite: that by being held in your hands and reasonably perused, it will aid you to become a writer. I would reply that in great part it can; it can serve as a crucial enrichment to students afloat in writing courses not nearly so good as the ones I had the fortune to take at Harvard, and it can certainly serve as an indispensable primer to lead any beginning writer through the early maze of that mystery which surrounds the near-to-sacred and most terrifying empty spaces of the empty page. I do not pretend to be an authority on books which teach how to write fiction, but I know I have not read a better one for beginning writers. And to anyone who is removed by temperament or by geography from the opportunity to take a writing course, this book presents a way to begin, and it is a good way, and it is an agreeably written book considering that little is more difficult to write about agreeably than matters of literary instruction.

So I can offer this preface in confidence. Fiction Writer’s Handbook is wise and comprehensive and surprisingly full of touches of lore. It has hints for one’s craft. A beginner at writing can sleep with this book. There is enthusiasm in the pages. Its author, after all, has lived with the idea of writing for the larger part of her life, and that is probably a disappearing culture. Not many can be left in that small world of a few writers and teachers and editors who believed there were not many vocations more honored than writing, nor many occupations more interesting than to encourage the talent of a young writer. Today a young man or woman of talent goes to college with the idea of getting into film, or TV, or media, or rock or even group encounter. They may even have a thing about writing. Like it’s interesting. Like they may want to get into that, too. Words can be laid down for serial communicative connections.

Of course, says the avuncular voice, it was different in my day. We were taught to jeer at phrases like “serial communicative connections.” If McLuhan had appeared, we might have burned him. As a generation, we were still in the shadow of Fitzgerald and Faulkner and Hemingway, and almost in the life of Wolfe and Dos Passos and Steinbeck and Farrell. We had only one idea. It was to write. It was to become an American writer. That was what we all wanted. It was our religion and our revolution, our love affair and our sport, our dedication and our vice. We did not have any other ideals. And only a very small code. It was to be determined in our cynicism. You could not be a good writer unless you were profoundly cynical.

Needless to say, a lot of us had the luck to meet and be helped by that small group of editors and writers and teachers who also thought it was important to be a writer, and we were helped on our way. One of that group was a very modest man who had a beautiful white goatee by the time I met him. I was still eighteen and wholly embarrassed by my inability to speak a single interesting word to him, and he was shy and embarrassed by his inability to draw me out. We had lunch together and searched for topics to talk about. Once he asked me if I knew anything about chamber quartets. It was obvious at the instant that he played in such a group, and I, full of the roller hockey and touch football of Brooklyn streets — two sewers apart were our goal lines — blurted out in my new-found Harvard voice that miserably I was an ignoramus at such things. And we nodded painfully and enthusiastically at each other and kept eating in longer silences.

Yet it was one of the more luminous meals of my life. For the man with whom I was at lunch was a legend. And his magazine, STORY, was its own legend, and young writers in the late thirties and the years of the Second World War used to dream of appearing in its pages about the way a young rock group might feel transcendent in these hours with the promise of a spread in Rolling Stone. The man was taking me to lunch out of his magazine’s small budget because I had won in the late spring of my Sophomore year, a short story contest for college writers. That was the first powerful and happy event of my career, and I do not know that there have been that many good ones since. It was as powerful a charge of happiness as I found in my adolescence. I suppose I felt as good as if I had just won the Olympics. So the lunch to commemorate this event could not have been bad no matter how little communication took place, and I was left with a feeling of the man’s kindliness, his literary kindliness, and his wistful desire to offer his own fine hand into the elaboration of that rarest of a nation’s stock — its quintessential literary culture.

In later years we would run into one another from time to time, and greet each other warmly. We were not friends because we did not begin to have the kind of opportunities which bring people together and make them friends. But we were certainly friendly acquaintances, we were invariably pleased to see each other. We had each, after all, been good for the other. Each of us had in some small way a confirmation of the other’s idea of how things perhaps ought to go. So it is a pleasure to write this preface, and inform you that the author of this book, Hallie Burnett, lived that literary life with her husband, and their most specific literary culture is in this book. The man’s name, of course, is Whit Burnett and I promise that the reader will hear more than a bit about him in chapters to come, and will have the literary experience of acquiring more than a little wisdom with relatively little work. That is the magic of literature — it is opposed to the laws of the gravity of effort — and some clues to the process of this levitation of language are in the pages which follow by Hallie Burnett.